Once the various villages that are now Mount Joy Borough were incorporated, the new formed government decided that the current water sources were no longer adequate.  In July 1872, a resolution was passed to issue bonds to fund a waterworks.  This new source for public water would be the Little Chiques Creek and the station would be built at the “Cove” on the north side of town with a reservoir on cemetery ridge.  In November 1874, the station started operating, but in 1916 the station caught fire and a new one was built using concrete block.  A new station was built in 1931 that incorporated Mount Joy’s first filtration system and totally enclosed water storage tower.  The new tower was constructed on Donegal Springs Road and was named the Donegal Reservoir.  This site today is a small sitting park with trees and benches, also known as Donegal Springs Road Park.  In 1950 the waterworks was turned over to the newly appointed, Mount Joy Borough Authority. 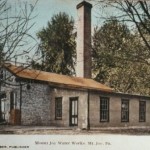 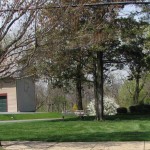 While Mount Joy was growing so was the Village of Florin. The Authority has on file a copy of a blue print showing the first reservoir that was operated by the Florin and East Donegal Township Water Co. dated July 9, 1914. The original was donated to the Mount Joy Area Historical Society. This reservoir was located on a hill at the very top of North Plum Street which was fed by two artesian wells along with a wind wheel for power. Later a small pump house was built with a gasoline engine to run a pump all of which were located on the hill beside the reservoir. in 1917, as the area needed more water, a draft was made to acquire some land on Musser Road where a natural spring entered a small waterway known as Charles Run. The spring took on the same name as Charles Spring which it is still referred to today. In the early 1900’s, a larger pump house was built at the spring that pumped the water to the reservoir on North Plum Street. On May 13, 1952 during a public meeting, it was decided to abandon the two existing reservoirs (Donegal and Cemetery Ridge) and a contract was let by the Authority to construct a new 1 million gallon water tank on Lumber Street. This tank remains there today. In 1965, the Mount Joy and Florin water systems were connected together for the first time in the 500 block of Donegal Springs Road. 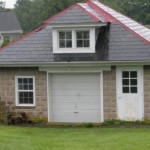 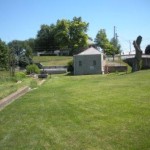 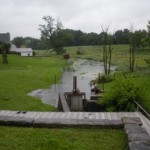 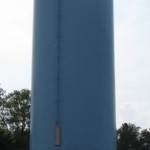 As more growth occurred, the Mount Joy Borough Authority decided to expand the combined systems and, in the early 1970’s, the Authority ordered that two large production wells be drilled just south of Carmany Road in East Donegal Township. Along with these two wells was the first fully automated water treatment plant. This new facility was named the Carmany Road Water Softening Plant. The new plant had larger pumping capacity than the other plants as well as disinfection and softening equipment. 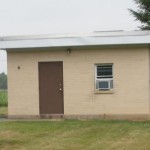 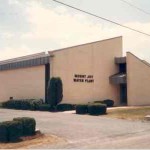 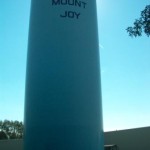 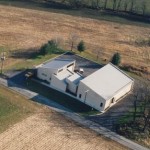 In 1976 while the Carmany plant was being built the Authority commissioned the construction of another 1 million gallon water tank. This tank provided enough storage capacity to allow the aging Florin/Plum Street reservoir to be taken out of service and filled in. This tank is located in Rapho Township near Route 283 and remains there today. Startup of these new facilities was in 1979.

In 1992, new treatment regulations required the Carmany Plant to be fitted with filtration systems as well as a nitrate removal process. These new regulations forced the Charles Spring Plant out of production and the spring source of water was abandoned. In 1994, the building was converted to a warehouse for miscellaneous construction material. In 1998, the cove plant also proved not worthy of upgrades to meet regulations so it was shut down and the Chiques Creek source was abandoned. In the winter of 1999, the building was demolished. After much studying and monitoring of the expanding water system, staff recommended that more capacity was needed, so in 2001 the Authority constructed another water tank on the Lumber Street site. This one a 1.2 million gallon tank of what’s referred to as a hydro-pillar design, this tank remains in service today. 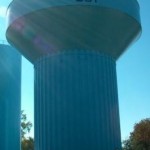 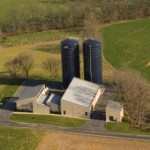 New disinfection regulations required an upgrade to the Carmany Road plant in 2005 where two large water towers were constructed at the plant itself. As part of this upgrade, the Carmany Road plant also received larger pumping equipment along with a new fully computerized control system to help the plant operators. This system operates as described to date awaiting the next regulatory requirement. 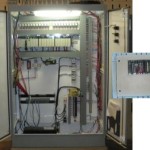 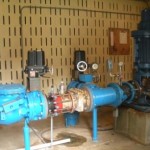